The U13 squad (Group one and two) will train once a week before Christmas and twice a week after Christmas. The squad will continue to train over the summer alongside a number of Super 2s fixtures with a festival.

The U13 squad will train once a week before Christmas and twice a week after Christmas. The squad will continue to train over the summer alongside a number of Super 2s fixtures.

The U13s took a 21 player squad to play against Guernsey in four T20 matches and they enjoyed two T20 wins at College Fields on their opening day of the festival.  In the first game they bowled Guernsey out for 101 with Ollie Quinn taking 3 wickets for 15 and Samson Curtis, Sam Burrows, Oli Poole-Wilson, Joel Williams and Will Wiseman each picking up a wicket each. In reply, the IOM eclipsed the Guernsey score for the loss of 4 wickets with Cameron Roome top scoring with 50 of 39 balls, well supported by Thomas Ackron (24).

In the second game the IOM batted first making 137 for 3 with Lucy Barnett scoring 62 and supported by Tom Ward (22) and Ben Leinwand (20) The IOM then restricted Guernsey to 111 for 9 with Will Wiseman taking 4 wickets for 8 runs including a hat trick, Elliott Butler 2-23, Sam Perry the very economical 1-8 and Lucas Stennett also picked up a wicket. There was also some tidy keeping over the day from both Dylan Howard and Jared Shepherd who took two very quick stumpings.

On the second day of their festival honours were shared between the Isle of Man and Guernsey.  The first match saw the IOM bowl Guernsey out for 64 in a reduced 15 over match with some excellent bowling figures Oli Poole-Wilson 2 for 15, Joel Williams 2 for 5, High Tummon 1-9, Kyle Gunnion 1-6, Adi Malikireddy 1-13 and Samson Curtis 1-1. Openers Jared Shepherd (30) and Thomas Ackron (25) passed the Guernsey score in 7 overs for a 10 wicket win.

In the final game of the U13 tour, the IOM scored 109 for 8 in a reduced 18 overs match. Lucy Barnett top scored again with 51 but Guernsey came back strongly with a 4th wicket partnership of 75 to win the game with 4 balls to go. Ryder Spencer was the pick of the bowlers with 1-13 and Sam Burrows, Sam Perry and Will Wiseman each picking up a wicket. Will Wiseman finishing with 6 wickets in his three games.

An excellent festival of cricket for the U13s with some brilliant team and individual performances with much improved fielding particularly on the first day.

Thanks to Guernsey Sport Photography and Robyn Ackron Photography for the excellent photographs. 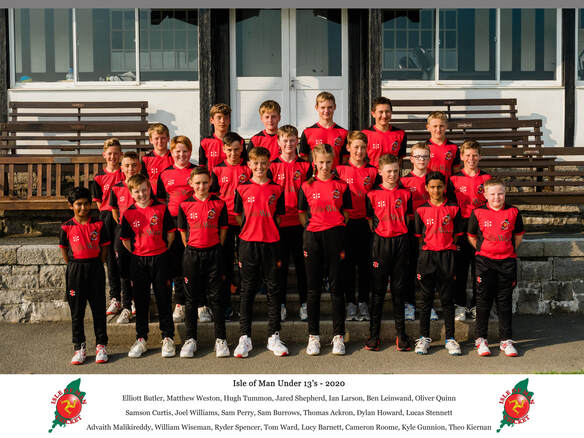 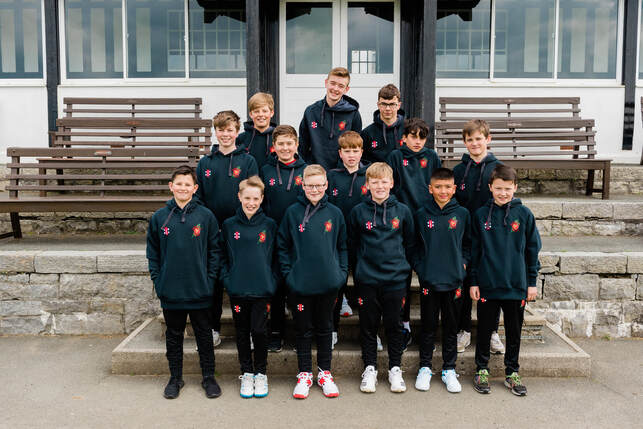 The U13s were at the Bromsgrove festival from Monday 12th to Wednesday 14th August due to play three 40 over fixtures.

Monday 12th August saw the U13s play Lincolnshire u13s Nathan Williams lost the toss and the Isle of Man were asked to bat. The U13s were 90 all out which was largely based on an excellent 51 not out including 7 4s from Dollin Jansen. In reply Lincolnshire knocked in off in 20 overs with Dollin 1-15 and Nathan 2-21.

Tuesday 13th August brought Wiltshire U13s with Nathan winning the toss and choosing to bowl first. An excellent opening spell from Dollin and Layton Ballard restricted Wiltshire to 21-5 and after 15 overs the U13s looked on top. But a 100 7th wicket partnership saw Wiltshire finish on 212 for 9 wickets with Dollin 3-19, Layton 2-36 and Nathan and Juan Domingo taking one wicket each with 2 run outs for Joe Humphrey. The Isle of Man in response were 101 all out with Dollin again a very mature 46 not out with 7 4s but unfortunately the only person who was able to stick with him was Magnus Taggart who put on 40 for the 7th wicket.

Unfortunately the final days game against Pembrokeshire U14s was abandoned due to torrential rain and the U13s played indoor cricket instead. 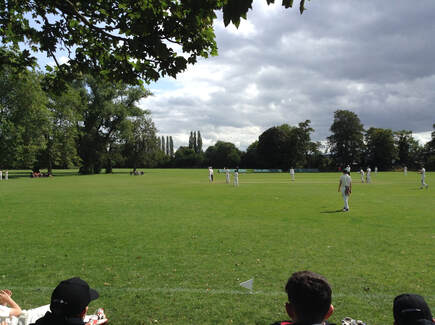