​The Academy and EPP players had their first opportunity last Friday morning  27th November to test their skills on the new bowling machines from Bola. The delivery of four new professional machines, a fielding machine and a Merlyn spin machine will ensure players have the opportunity to train against anything they could face on or off island.

The approach for all high performance squads this year is to cope with extremes so batsmen from the National Team, Academy and EPP will be facing speeds between 90mph and 70mph in all sessions and real gripping turn. There will be challenging months ahead however, we are confident that we will see huge improvements over the next six months to assist our aim of producing high quality players to climb the ICC world rankings.

The IOMCA Academy and Emerging Players Programme intake for the 2020/2021 season has been announced with the players having attended their first strength and conditioning session taking place Thursday evening at the Sport Institute and skills session on a Friday morning at the National Sports Centre.

The IOMCA Academy is selected from the EPP and IOMCA player pathway as a result of; exceptional playing performances and/or perceived potential within the IOMCA Player Pathway. The Academy is as stepping stone onto the IOMCA National Team. The Academy will alternate between training with the National Team and EPP. Academy players will each have an individualised strength and conditioning programme, nutritionist support and skills training as well as their squad training.

Congratulations to the players selected on to the IOMCA Academy programme for 2020/2021 .

​Congratulations to George Burrows, Eddie Beard, Kieran Cawte and Jamie Hopwood who form the IOMCA Academy for 2017-2018. These players will have weekly fitness and fielding and Friday morning skills sessions. 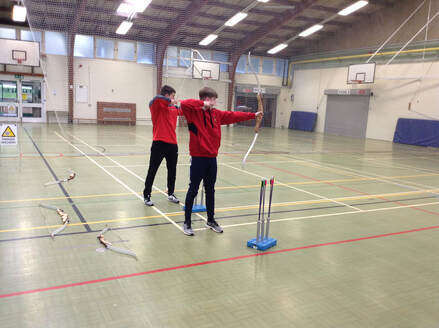 The Academy has been announced for 2016/2017 which includes Sam Mills, George Burrows, Kieran Cawte and Eddie Beard,

After trials based on fitness, batting, bowling and fielding the inaugural IOMCA Academy has been selected and is as follows -