The IOMCA's role is to support the development of players, clubs, volunteers, coaches, officials and facilities. To create opportunities for all levels to experience cricket across the Isle of Man from school, recreationally within clubs to competing in the National Team. 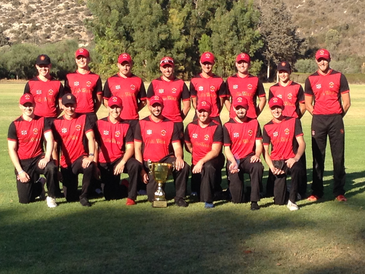 Brief History of Cricket on the Isle of Man

Cricket has been played since the 19th century. The Isle of Man Cricket Club was formed in April 1930 with the objective of fostering the interests of cricket on the island. In 1946 and 1947 the Isle of Man Cricket Club organised and ran a cricket festival on the island to promote cricket playing against a Yorkshire and Lancashire league XI. Similar festivals were held in the 1980s with Lancashire 2nd XI a regular visitor as well as international XI’s. In 1990, 1992 and 1994 the Isle of Man Cricket Club ventured abroad for the first time travelling to British Columbia to play in the Visas International Sixes Competition. The island participated in the Four Islands tournament in 2000, 2002 and 2004.

In July 2004 the Isle of Man Cricket Association were elected as the 90th member of the ICC and in 2005 competed in a European Championships for the first time. They have competed in Division 3, Division 2 and Division 1; winning Division 2 in 2012. They became an associate member in 2017 and have competed in World Cup Qualifiers in 2016 and 2018 and played their first official T20I on the 21st August against Guernsey. In 2020 the first women's National squad was developed after a number of female only soft ball initiatives with a view to play T20 internationals and World Cup qualifiers in future years.

There are currently eight teams with many having first, second and third elevens playing league cricket on the Isle of Man with six having junior sections. Senior league cricket comprises of midweek T20 and weekend 40-over Premiership and 30-over Division 1 and Under 9 soft ball, U11, U13 and U15 junior cricket. Women and girl's cricket has expanded over the last number of years with regular soft ball festivals since 2019 and a soft ball league introduced in 2021.