The IOMCA Emerging Players Programme intake for the 2021/2022 season has been announced with the players soon to attend their first strength and conditioning sessions at the Sport Institute and skills sessions at the National Sports Centre. Congratulations to the following players selected on the IOMCA EPP for 2021/2022:

Bliss Murtagh has been invited to be part of the EPP after her promising performances for the women's senior squad in training and Super 2s matches. This will be alongside Lucy Barnett, Jared Shepherd, Ben Leinwand, Ryder Spencer and Cameron Roome who have also retained their places for 2021/2022 after showing progress and making a number strong performances in 2021.

EPP players will each receive an individualised strength and conditioning programme, nutritionist support and skills training as well as their squad training. ​The EPP is selected from IOMCA age groups and is a stepping stone onto the Academy.

The IOMCA Emerging Players Programme intake for the 2020/2021 season has been announced with the players having attended their first strength and conditioning session taking place Thursday evening at the Sport Institute and skills session on a Friday morning at the National Sports Centre.

The EPP is selected from IOMCA age groups and is a stepping stone onto the Academy. EPP players will each receive an individualised strength and conditioning programme, nutritionist support and skills training as well as their squad training.

Congratulations to the players selected on to the IOMCA EPP for 2020/2021 .

Lucy Barnett Representing the Isle of Man and Derbyshire

Congratulations to EPP player Lucy Barnett who as well as representing the Isle of Man in 2020. She will also have the opportunity to showcase her skills for the Derbyshire women and girl's squads. Lucy will continue with her EPP and U13 training and will join up with the Derbyshire girl's training later in the winter. She will then go on to play for the Isle of Man and Derbyshire women and girl's squads over the summer. This is just reward for her hard work and runs over the last few years. 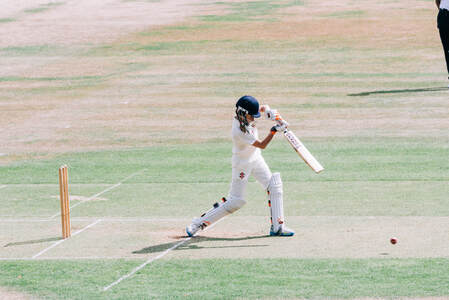 Congratulations to Fraser Clarke who has gained a place on the Emerging Players Programme for 2019/2020. This is down to his hard work last season and his notable performances with the ball for his club and the Isle of Man U14 squad which he also captained. Ed Walker, Carl Hartmann, Jacob Butler, Luke Ward, Nathan Williams, Joe Humphrey, Dollin Jansen, Lucy Barnett and Tom Ward have also retained their places for 2019/2020. However, all players will be working extremely hard to achieve their expected fitness standards before Christmas.

​George Burrows leaves the EPP this winter to play his cricket in Australia for Lake View Cricket Club in the Eastern Goldfields Cricket Association league. After scoring 2463 runs in 2019 this will be a great opportunity for George to challenge his skills before the World Cup qualifiers in 2020. 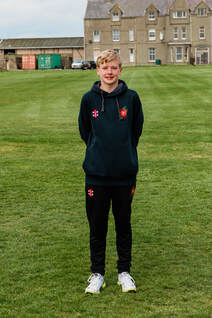 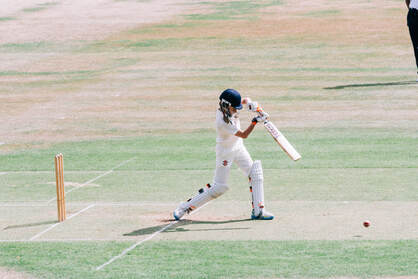 ​One of the many challenges the EPP players faced was to produce a media clip on the 2019 World Cup.

This was to be 5 minutes long and had to include certain elements including commercial breaks, punditry and player and coach interviews.

The experience was devised to be fun and challenging but is also essential to prepare them for speaking to media outlets in the future.

Have a watch in particular with a Sky Sports host of the future and an Australian Manx captain  :)

The first three days were at Crowden Outdoor Education Centre which is situated in the heart of the Peak District National Park. The players took part in a number of different activities including raft building, caving, stream scrambling and zip wiring. Each of the activities challenged the players in different ways such as their communication, team work and overcoming their different fears. The evenings consisted of devising a culture for Isle of Man Cricket as well as goal setting for the season and mornings involved 'thought for the day'. Their final task at Crowden Outdoor Education Centre on Wednesday morning was to produce a five minute production on the 2019 Cricket World Cup.

The Wednesday afternoon and Thursday morning were at Glossop Cricket Club who play in the Greater Manchester Cricket League with some outdoor training in preparation for the season. The Wednesday afternoon also involved a team challenge with two teams completing as many laps of the outfield as possible in 45 minutes. It was a very close run thing with Charlie, Carl, Luke, Joe and Nathan winning by two cone lengths.

Thanks to Crowden Outdoor Education Centre and Glossop Cricket Club and well done to all the players.  .

EPP players Eddie Beard and George Burrows had the privilege of giving a presentation at the 18th Manx Youth Games launch on January 14th. They spoke of their journey from Manx Youth Games kwik cricketers to Isle of Man internationals competing on a world stage 10 years later. Their presentation was in front of a number of people including the Minister for Education, Sport and Culture Mr Cregeen, a number of MHKs and HSBC representatives. They then gave an interview to Isle of Man radio. Accompanying their presentation was a video which can be seen below.

Congratulations to George Burrows, Eddie Beard, Ed Walker, Charlie Beard, Carl Hartmann, Luke Ward, Jacob Butler, Nathan Williams, Dollin Jansen and Joe Humphrey who retained their place from last year and new to the programme are Lucy Barnett and Tom Ward. The EPP programme now includes both those who were previously Academy and EPP players. The EPP will have weekly fielding sessions and early Friday morning skills sessions and will form the Development XI in the 2019 season. 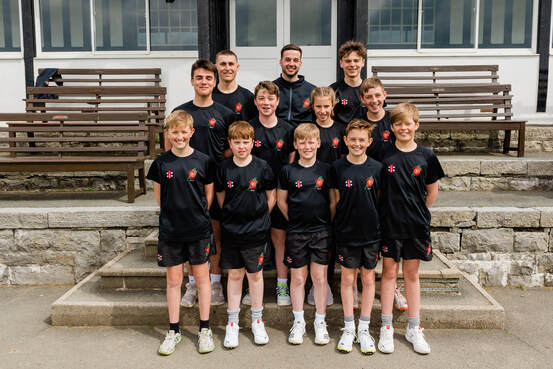 The IOMCA Emerging Players and Academy programme were recently nominated for the Isle of Man Sport 'Accolade for Innovation in Coaching' award. The award was established by Isle of Man Sport to help showcase coaching best practice and the amazing pool of talent in the island. This is testament to the hard work of the EPP and Academy players and coaches which has seen much improved performances on the pitch for their own clubs, the IOMCA Development XI and in English festivals.

After a hard winters training with mid week fielding sessions and early Friday morning skills sessions. The Academy and EPP formed the Development XI with Mark Williams as captain to enter the Saturday Premiership but with games to be played on a Sunday to allow Academy and EPP players to play for their respective clubs. The Development XI played 7 won 3 and lost 4 meaning they finished 5th and were placed in Division 1 when the league split. In Division 1 they won 2 and lost 2 resulting in 5 wins and 6 losses over the season. This was an excellent achievement with a side with an average age of 16.! They also played in 4 friendly games against the MCC, Merseyside Commonwealth and Cheadle Hulme with 1 win, 1 draw and 2 losses.

The theme of the week was captaincy and leadership 'making the uncomfortable comfortable'. The first three days were at Lea Green Outdoor Activities Centre and the players took part in a number of activities including archery, high and low ropes course, obstacle course, orienteering, team swing, rock climbing and jungle adventure. Each of these activities pushed the players out of their comfort zone and developed their communication and team work skills particularly the high ropes course where a number of the players were really challenged to work together and encourage each other to get onto a very high platform in groups of 4.

The next 2 days at Denby CC involved some outdoor training in preparation for the season. In the evening at Lea Green and during the day at Denby CC classroom sessions also took place around leadership focusing on knowing yourself, managing yourself, knowing others and managing others. This included the players giving a 3 minute talk on themselves and a 3 minute team talk motivating their team before a game as a captain., They also completed Myers Briggs Personality Typing, a confidence session and Phil Littlejohns gave a speech around captaining the Isle of Man National team

This was a very enjoyable and challenging week. Well done to all the players!

The session focused solely on non negotiable batting set ups with a view to improve their ability to master the basics and see some big scores in 2017.