The Isle of Man Under 12 squad now forms part of the Under 13 skill set groups. 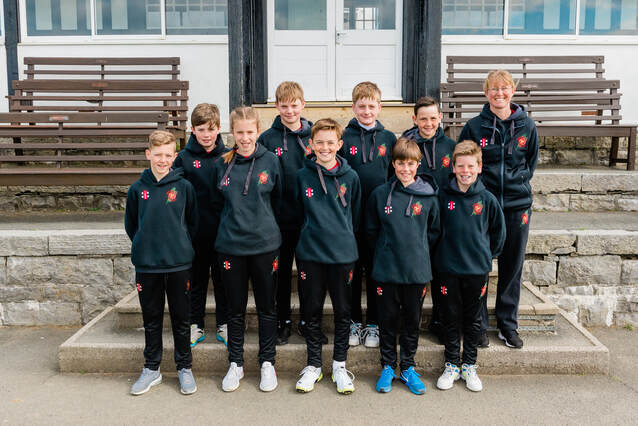 The Isle of Man U12s were at the Bromsgrove festival from Monday 22nd July to Wednesday 24th July playing in a mixture of 35 over and T20 matches.

Monday 22nd saw two T20 matches being played. The first match was against Guernsey U13s with the U12s batting first. The Isle of Man didn't really get out of fist gear and finished on 107 for three wickets with Ian Larson 35 not out and Jared Shepherd 32. This proved to be not enough as Guernsey comfortably knocked it off in 15.4 overs for the loss of 5 wickets. The wickets were shared by Harry Deering, Nathan Williams and Lucas Stennett with a run out each for Sam Perry and Joe Humphrey.

Tuesday 23rd saw a change of format to 35 overs Tom won the toss and chose to bat against Berkshire. A run out saw the loss of Lucy Barnett and Ian and Tom looked to be batting well against some excellent Berkshire quick bowling but the loss of Tom for 25 saw a collapse of 6 wickets for 11 runs. A partnership of 40 between Rory Kerwick and Joe looked like the u12s were turning the game around but once Rory was out the Isle of Man were 98 all out with Joe Humphrey an impressive 32 not out. In reply the U12s made Berkshire work hard for their win with Sam 1-21 and Nathan 2-14 bowling brilliantly in tandem restricting the runs but Berkshire eventually knocked it off in 24 overs.

Day three saw a change of format agin to two T20 matches. Match one was against Berkshire with the Isle of Man struggling to 61 all out which was then knocked off for the loss of 1 wicket which was taken by Sam. 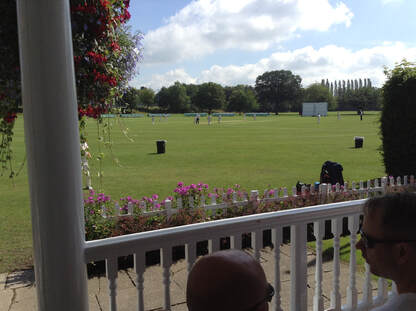 The squad is as follows -


Thursday 27th July versus Pembrokeshire U12s
Isle of Man finished on 126 for 4 versus Pembrokeshire with partnerships throughout with Tom Ward 22 and Nathan Williams 26 not out. Pembrokeshire got off to a flyer at 70 for 2 at 10 overs but were then restricted to 106 for 6 with wickets taken by Dollin Jansen, Sam Perry, Nathan Williams and Ethan Hawley.
Thursday 27th July versus Worcestershire U11s
Worcestershire were restricted to 106 for 6 with some tight bowling by all the bowlers with wickets taken by Sam Perry, Dollin Jansen, Ethan Hawley and two for Nathan Williams.
The reply was then held together by a very mature innings by Joe Humphrey who eventually finished on 47 not out and knocked off 3 wickets down.


Friday 28th July versus Cheshire U11s
Captain Dollin Jansen won the toss and chose to bat first in a 35-over game. After the loss of the openers Nathan Brew batted fluently for his 25 but the key partnership was between Nathan Williams (26) and Dollin Jansen who scored an excellent 53. Important runs by the lower order David Sargent (18 not out) and Charlie Brkic (13) pushed us past the 200 to finish 209 for 9 wickets.
In reply Cheshire got off to a flyer with the Cheshire opener making a very quick 50 pushing them to 80 for 1 off 8 overs. The introduction of Dollin Jansen with a spell of very accurate fast bowling (5.2 overs 1 maiden 5 wickets for 10 runs) and Nathan William’s off spin (7 overs 1 maiden 1 wicket for 11 runs) removed Cheshire’s top and middle order. But 33 by Cheshire’s number 11 looked like it was going to win the game for them but the reintroduction of Dollin Jansen who took the last wicket and some economical bowling by Charlie Brkic (4 overs 1 wicket for 16 runs) finished the game off with Cheshire finishing 195 all out.


Saturday 28th July versus Pembrokeshire U12s
In a clinical bowling display the U12s bowled Pembrokeshire out for 91 runs with wickets taken by Sam Perry, Layton Ballard, Dollin Jansen, 2 for Charlie Brkic and an outstanding spell of off spin bowling by Nathan Williams who finished with figures of (3 overs 1 maiden 4 wickets for 2 runs including a hat trick).
In response the U12s knocked it off for the loss of two wickets in 12.2 overs with an excellent 48 not out in 25 balls by Nathan Brew.


Saturday 28th July versus Buckinghamshire U12s
This then brought on Buckinghamshire who were also unbeaten in the festival. The U12s batted first but after a slow start Nathan Williams (21 not out) and Nathan Brew came together taking the score to 135 for 3. Nathan Brew scoring his maiden Isle of Man 50 finishing on 52 not out.
The score was reduced to 95 off 14 overs due to rain. Dollin Jansen opened the bowling and took two early wickets including their in form batsman. But a middle order partnership took the game to the wire with captain Nathan Williams bowling the last over with Buckinghamshire needing 5 to win but a run out of the number 11 batsman won the game for the U12s to finish 91 all out. Wickets were taken by Layton Ballard, 2 for Dollin Jansen and another excellent spell of tight bowling by Nathan Williams (3 overs 3 wickets for 10 runs) and some dynamic fielding brought 4 run outs.


The U12s finished with an excellent 5 wins from 5 games.