The followin​g players have been selected for the ICC Men's T20 World Cup Sub Regional Europe A Qualifier in Finland from 12th to 19th July 2022. 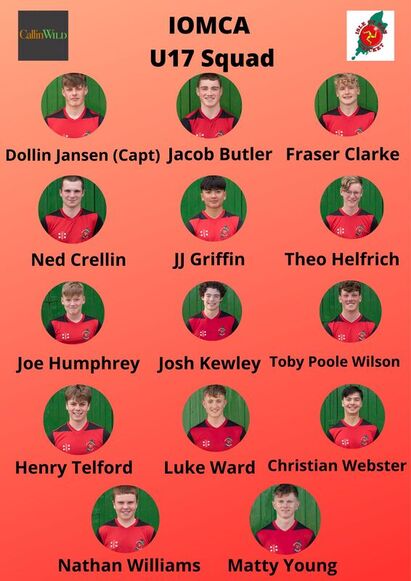 ​The Isle of Man Sports Awards is an inspirational evening where the Islands top athletes and officials gather at the Villa Marina to celebrate the sporting achievements and success stories of the year. The 2021 Isle of Man Sports Awards nominee shortlist has been announced and congratulations to National Team player Carl Hartmann for his nomination for U21 Sportsman of the Year for his excellent 2021 season. The Isle of Man National Team for their nomination for Sports Team of the Year after an undefeated triangular series versus Cyprus and Estonia making a significant move up the T20 world rankings. The award ceremony is on Thursday March 31st at the Villa Marina.

​Day one 6th October included two T20 matches with match one versus Cyprus. Cyprus won the toss and chose to bat after winning both of their matches the previous day. The Isle of Man started excellently in the field led by Joe Burrows (4-10) and ably supported by Al Stokoe (2-15), Matt Ansell (1-17) and Jacob Butler (1-19). The standard of fielding was set in the first game with a number of catches and run outs led by Carl Hartmann behind the wickets. In reply after the early loss of Nathan Knights, George Burrows and Adam McAuley put on a 45 run second wicket partnership with George eventually out for 33 from 27 balls. The game was then finished by Adam McAuley 31 not out from 28 balls and Carl Hartmann 25 not out from 15 balls the Isle of Man finishing 93 for 2 in 11.5 overs.

Game two versus Estonia in the afternoon saw Estonia win the toss and chose to bat first. Another good display in the field restricted Estonia to 118 for 7 with Conor Smith the pick of the bowlers (3-15) and well supported by Matt Ansell (2-27) and Jacob Butler (1-16). A good opening partnership of 41 in 6 overs saw Nathan Knights out first for 21 from 17 balls. George Burrows then fell quickly and Adam McAuley was then out for 31. The game was finished off by Eddie Beard 17 not out from 10 balls and Carl Hartmann an excellent 34 not out from 28 balls. An excellent first day of the series with two accomplished performances with Carl Hartmann the player of the day with mature batting and exemplary wicket keeping. Game two saw Dollin Jansen make his T20 international debut being the youngest player to play for the Isle of Man and the 9th youngest in the world.

Day two October 7th saw the Isle of Man play first against Cyprus and Matt Ansell won the toss and chose to field first. Cyprus approached the power play with positive stroke play but Jacob Butler (2-21) restricted the Cyprus scoring rate in the middle overs and Matt Ansell (2-16) and Chris Langford (1-22) bowled excellently at the death to restrict Cyprus to 149 for 7. In response an explosive opening partnership saw the Isle of Man 55 for one in 5.2 overs for the first loss of Nathan Knights 33 from 17 deliveries. A second wicket partnership between George Burrows (26) saw Adam McAuley out second for a well made 45 from 32 balls and the Isle of Man 107 for 2 in 11.4 overs. A few wickets were lost in the middle overs but the cool head of Chris Langford and Eddie Beard (14 not out) saw Eddie hit a four to win the game in 19.3 overs and the Isle of Man finish on 151-7.

Day three October 8th saw the Isle of Man play Estonia in the afternoon and Matt Ansell won the toss and chose to field. A clinical performance in the field saw Estonia bowled out for 71 with Jacob Butler the pick of the bowlers with 4-12 and Matt Ansell (2-9), Chris Langford (1-8), Joe Burrows (1-11) and Al Stokoe (1-14). In response the Isle of Man finished 72 for 2 with Adam McAuley 12, Nathan Knights 18 from 8 balls and finished off by George Burrows 19 not out and Carl Hartmann 16 not out from 9 balls finishing the game off in style with a six.

The Isle of Man finished top of the triangular series with four wins from four and Carl Hartmann picked up fielder of the series and Adam McAuley batter of the series. The four wins means the Isle of Man has moved up 16 places in the T20 world rankings to 54th in the world. Thanks to Chris Langford for the action shots.

Isle of Man Compete in a T20i Series in Cyprus 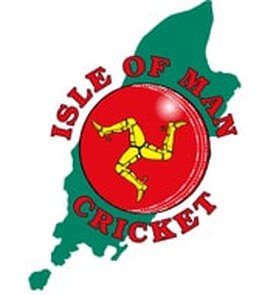 After a break in 2019 and 2020 due to Covid-19 the MCC returned to the Isle of Man to play a series of games including a National Team XI on Thursday 9th September. The two scheduled T20 fixtures were restricted to one T20 due to the weather. The MCC batted first at Tromode Road and in a very disciplined bowling display the Isle of Man bowlers restricted the MCC to 119 for 5 in damp conditions with Chris Langford the pick of the bowlers with 2-20.

In return the Isle of Man got of to a good start with Nathan Knights first out for 31 off 17 balls in a 46 first wicket partnership with Adam McAuley. Carl Hartmann (21) held the middle of the innings together with the score eventually knocked off by Matt Ansell and Chris Langford in 18 overs. An important outing for the players before their T20 internationals in Cyprus in early October. 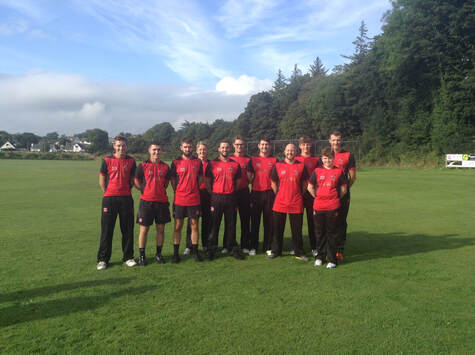 ​The National Team completed their annual fitness testing on Saturday October 24th at the National Sports Centre. The fitness tests include the Yo-Yo Intermittent Recovery test, Plank test and Press Up test. These tests have been identified as assessing essential fitness components within cricket - stamina, speed, core strength, muscular endurance and upper body strength. Squad training is broken into quarters of the calendar year and every 12 weeks there will be fitness testing and evaluation of commitment. With the squad training all year round in preparation for World Cup qualifiers and T20 Internationals fitness levels are now more important than ever. The National Team expected standards are on the Fitness for Cricket page.

The National Team fitness results have shown significant improvements with the inception of regular squad strength and conditioning training and this years fitness results were very promising. This is testament to the hard work of the players and Nathan Knights the S&C coach.

​The National team squad for the T20 International on Friday 21st August at College Fields 16:00 start will be:

The National Team will play a three-match T20 series on Friday 21st and Saturday 22nd with the Friday T20 being an international ranking match streamed live,

The National Team training group wanted to show everyone what they have been up to since squad training finished due to Covid-19. Hopefully everyone will be back playing soon! ​

In preparation for World Cup qualifiers in 2020 the National Team took part in a series of fitness tests on October 5th 2019 including the Yo Yo Intermittent Recovery Test, countermovement jump, press up and plank test. The expected standards for these tests are on the fitness for cricket page of the website. 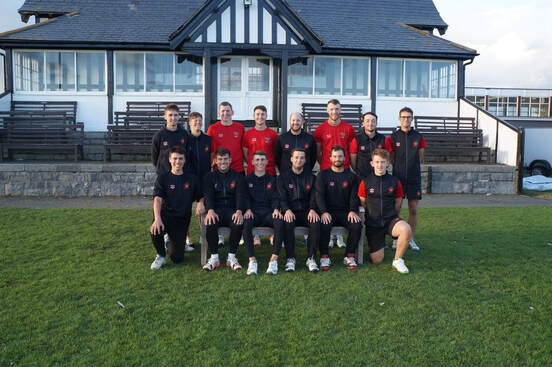 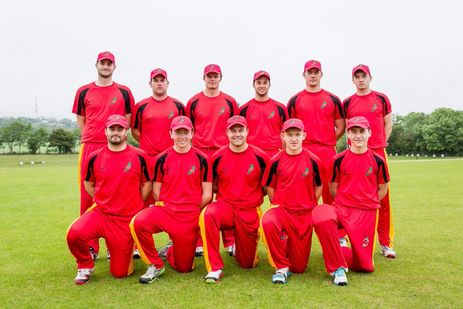